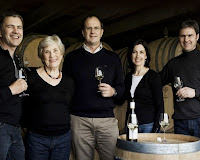 Another successful immigrant story. The first generation of the Croatian Brajkovich family, Mick and Kate, bought a small vineyard in Kumeu River northwest of Auckland. Maté, from the second generation, set the foundation by moving away from the old style fortified style wine and planting international varieties. Now, the estate, headed by mother Melba, is run by the third generation: Michael (Master of Wine), Marijana, Milan and Paul.

Lisa Perrotti-Brown MW, wrote in Wine Advocate, "If you can taste history, duty and family pride in a glass, it’s there in the Kumeu River Chardonnays.... now producing some of New Zealand’s greatest Chardonnays, not to mention the world’s." Well, I can’t taste history and duty in the glass, but I certainly can taste the quality and effort the team puts into its wines.

Kumeu River is not the best viticultural site in New Zealand. It has relatively high rainfall and low sunshine hours, and is kept cool by the Pacific Ocean and the Tasman Sea. Some grapes, such as Cabernet Sauvignon and even Merlot, struggle to ripen there. After trial and error, the Brajkoviches found that Chardonnay is their star. Some 60% of the vineyard is planted with Chardonnays. Different clones are used in different soils and on different aspects, resulting in a range of Chardonnays each having its own style and character. Michael, the eldest brother and winemaker, has worked in Bordeaux and Burgundy, so Kumeu River’s Chardonnays are geared towards the classical Burgundy style using indigenous yeasts, barrel fermentation, malo-lactic fermentation and ageing on lees to add texture and complexity. Paul, the youngest brother, responsible for marketing, was proud to tell us that guests at blind tastings often mistake Kumeu River Chardonnays for Burgundy premieur crus. At a fraction of the price of those Burgundies, Kumeu River certainly outperforms on quality. 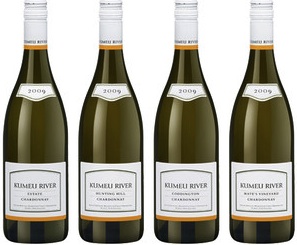 We tried all their Chardonnays. Each has its own characteristics. My favourite is the single vineyard Kumeu River Hunting Hill Chardonnay 2007 which is well defined and elegant, yet concentrated. Paul said it is an excellent match with crayfish (lobster). Kumeu River Mate’s Vineyard Chardonnay, named after their late father, is made from a low yield vineyard, the oldest on the estate. The 2009 vintage has more ripe fruit aromas and complexity on the palate, with a tighter structure.

Paul does not think being medium sized and family owned places them in a less advantageous position compared to the big boys. The secret is to partner with similar-sized and like-minded distributors to spread the family story. Well, Kumeu River certainly has one competent partner here: Northeast, run by an equally passionate mother-and-daughter team.