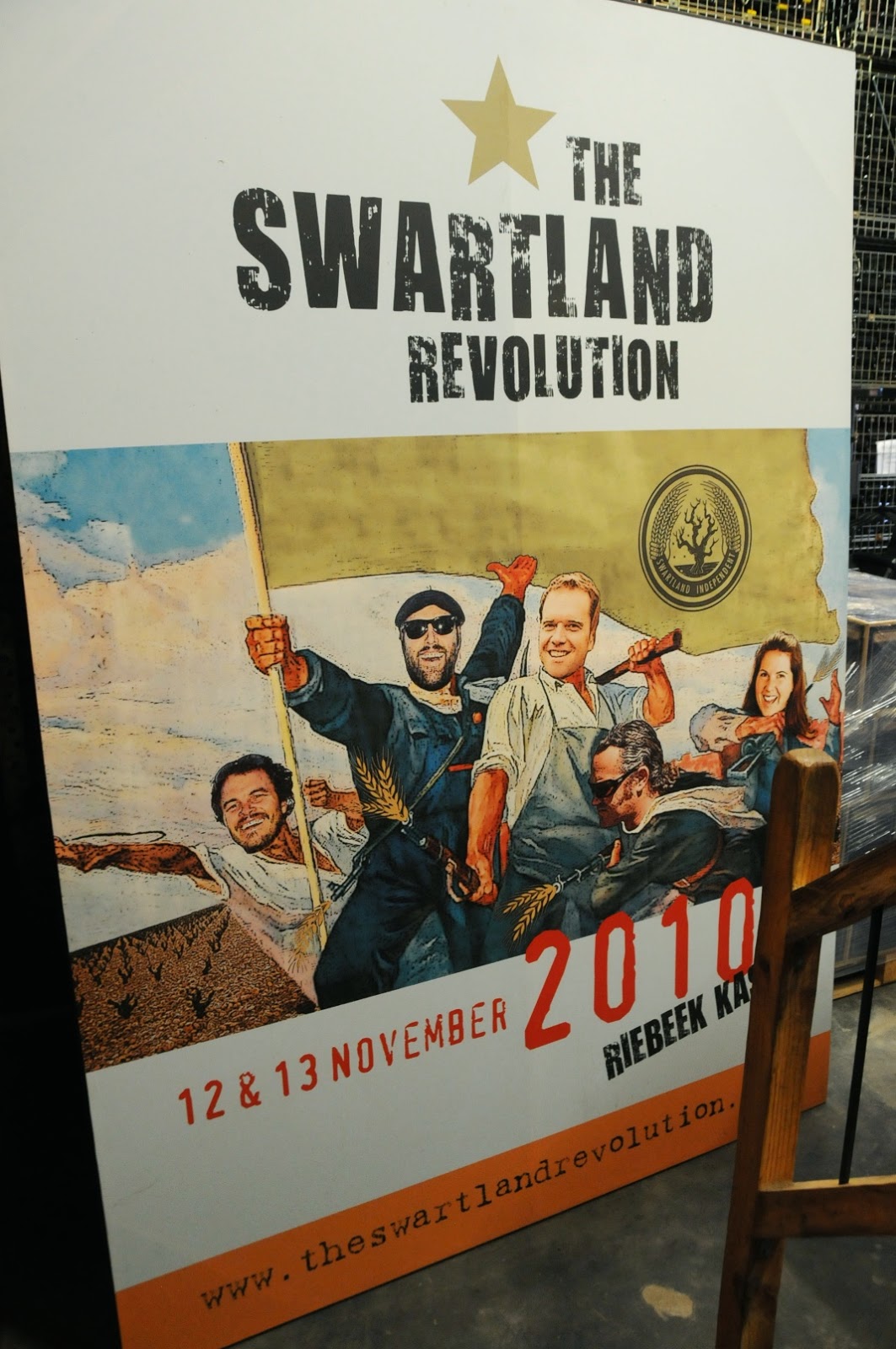 Swartland Independent? Most would assume it must be a bunch of arty people, radicals, rebels against big corporations. It turns out to be so much more.

Swartland Independent is a bunch of wine producers from the Swartland in South Africa, just over one hour’s drive north of Cape Town, but not just any old bunch. It is a group of like-minded winegrowers who believe in the true expression of the region’s terroir and in wines having their own identities.

The Swartland, like Stellenbosch, is a wine district in South Africa. Any wine made with grapes grown there can be labelled ‘Wine of Origin Swartland’. But to use the ‘Swartland Independent’ logo, producers must adhere to a set of viticultural guidelines with priority given to the conservation of old vines. The wine must be produced with minimal manipulation, with no use of commercial yeasts or enzymes, no added tannin or acid, and must not be chemically fined. Moreover, Swartland Independent believes that heavy oaking ‘masks’ the essence of grapes, so no more than 25% of a wine may be aged in new wood, and the wood must be of European origin. There are also guidelines on grape varieties. For whites, 90% must be Chenin Blanc, Marsanne, Roussane, Viognier, and specified others, while for reds, 90% must be Syrah, Mourvèdre, Grenache, Cinsault, and more. Commercially popular varieties such as Cabernet Sauvignon, Merlot, Chardonnay and Sauvignon Blanc are not permitted. The producers believe planting grapes on unsuitable terroir only results in wine with inherent limitations.

The result? Rhone blend wines from this Mediterranean climate in the Southern hemisphere. The wine is all about natural balance, freshness and purity.

The Swartland has some of the oldest bush vines in South Africa but viticulture was long in the back seat as this is traditionally a grain-producing area. Wines were robust and mostly fortified until a new generation of winemakers who believe in making wine that is a true expression of its origin went there to hunt for parcels of old vines.

Eben Sadie, one of the leaders of the movement, firmly believes in the diverse soils that the Swartland offers: decomposed granite in the Paardeberg Mountain, clay soils with iron similar to those in the Barossa, slate and schist, calcareous soils, sandstones from Table Mountain and alluvial soils like those found in Graves. It is a canvas upon which grapes can express their true sense of place. Eben praises bush vines with their 360º orientation towards the sun that helps avoid the excessive sun or shading of bunches that can occur on trained vines. And he expends the same effort in the winery. For years, he experimented with fermentation in amphorae underground, a Georgian winemaking tradition, with varying degrees of disaster until he finally mastered the skill. He is now extending the winery to accommodate a few amphorae. I am looking forward to trying those wines in a few years.

Swartland Independent has just over 20 members, all family businesses. Some of them, like Adi Badenhorst, ex-winemaker at Rustenberg, gave up their jobs in prestige wineries, while others, like Donovan Rall, still work for established producers but also make some wines of their own. Mullineux is an international team led by Chris Mullineux from South Africa and his wife Andrea from San Francisco. All of them, hands on in both vineyard and winery, gather in the Swartland to live their dreams of making passionate wine. Naturally, none of them has a big production. David Sadie (no relation to Eben) has just one barrel of 400 bottles for his Grenache Noir.

To attract the attention of wine lovers and to revive the image of the region, Swartland Independent organises an annual weekend event called The Swartland Revolution, comprised of tutored tastings, an auction and a braai (South African barbecue) evening that ends with a street-party open tasting. Tickets for last November's event sold out in 52 hours.

I am excited by the development of the Swartland and the enthusiasm of these producers. In the wine world, there are mass produced standardised wines that are clean and consistent but lack soul, and there are the premium wines with matching price tags that can only be a treat once in a while for many. To me, wines like those made by the Swartland Independent producers are wines for the true wine lover. We appreciate the fact that grapes are products of nature, and we embrace the different styles, even the not-so-mainstream funky ones. Above all, we respect winemakers who have the commitment, the passion and conviction to make wine that truly reflects the place.

Luckily, there is no shortage of like-minded producers in South Africa, and in fact in all wine producing countries. We should be bold enough to step out of our comfort zone and try wines from different regions and producers, including smaller and lesser known ones like these. Only then can we truly enjoy this wonderful drink that mother nature makes possible.