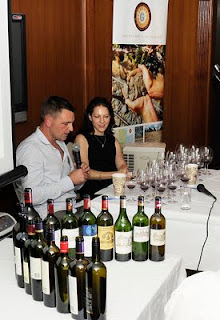 At a recent judgement tasting organised by New Zealand's Gimblett Gravels Winegrowers Association in Hong Kong, Lisa Perrotti-Brown MW and Rod Easthope of Craggy Range led a blind tasting of Gimblett Gravels 2009 vintage against Bordeaux classed growths (including all five first growth) 2008 vintage. Some 30 experienced tasters including media from Asia (Hong Kong, China, Taiwan and Singapore), sommeliers, F&B directors and serious wine lovers were asked to rank their top eight wines out of the sixteen tasted. They were told in advance that the sixteen comprised eight Gimblett Gravels Bordeaux style wines and eight Bordeaux, and the labels were listed; so this was a blind tasting but not double-blind.


The rankings were tallied and it was no surprise to see that the French wines were favoured, taking seven of the top eight places, with Mission Estate Jewelstone Cabernet Merlot taking a creditable third position. 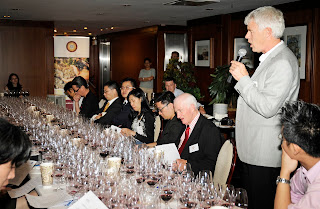 What struck me is how much Bordeaux is played up. Comments made by several guests were quite revealing: Some were at pains to emphasise that they had more Bordeaux in their rankings, and in particular,  one was clearly relieved that she had all five first growths in her top eight, as though identifying these was somehow the object of the exercise. Only one guest, confessing that he was not a professional, declared that he had chosen seven Gimblett Gravels (GG) wines. But a few later privately admitted that they had more GG wines in their rankings and/or had ranked GG wines in their top three. And some confessed that having identified the Bordeaux through the tasting they, consciously or subconsciously, had ranked them top, because, after all, they are Bordeaux. Who knows what additional psychological pressure they would have felt if this had been a double blind tasting!

Anyway, the participants concluded that all the wines were of a comparable quality, and, taking price into consideration, all agreed that New Zealand Gimblett Gravels wines certainly beat Bordeaux in terms of value for money—a bottle of Lafite at HK$14,500 can get you about 48 bottles of Gimblett Gravels wine. By the way, Lafite was ranked 5th.

My ranking? Five out of eight were Gimblett Gravels; the top was Alluviale (not yet distributed in Hong Kong); and Lafite was not among the eight.

So, if you love Bordeaux style wines but struggle to justify the prices of the big names, give a few of these Gimblett Gravels labels a try: fantastic value for money. 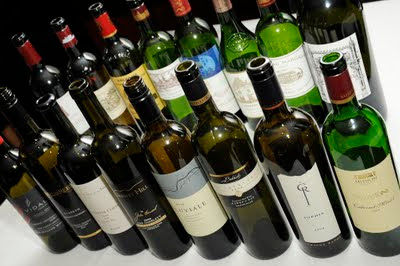