Priorat’s harsh climate—long hot summers (above 30ºC) with cool nights (12-14ºC), minimal rainfall, thin top soil and high altitude (vines grow at 300m to 800m above sea level)—is ideal for producing good concentrated wine. And it is the age of the region's vines that gives its wine the ultimate quality. 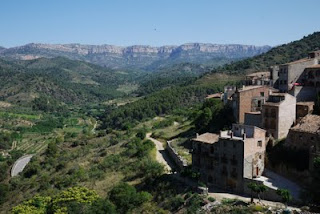 Grapes were first grown here in the 14th Century by monks—hence the name Priorat. The most widely grown red varieties are Garnacha Noir (Grenache) and Cariñena (Carignan). Some of the vines are well over 100 years old and each vine only yields about 150g of grapes. (As a benchmark, vines producing good quality wine typically bear about 1kg of grapes and those destined for the entry level tend to have a minimum yield of 2kg per vine). It takes seven vines to produce only one bottle of wine! Wines from such old vines are complex, dense and concentrated. Although alcohol is high—minimum 14.5% but more often 15% or 15.5%—the wine is well balanced with both fruit and savoury characters. With everyone talking about a return to low alcohol wine, Priorat's reds are the perfect reminder that high alcohol wine can be of premium quality as long as it is balanced.

Priorat was the second region in Spain to be awarded DOCa status (the first was Rioja). Most producers are small to medium size, family run and full of passion. Check out the Priorat website to see if any of the wines are available in your country.

In May, I attended Espai Priorat, the first international exhibition of Priorat wines. Priorat has been growing vines since the 14th century but has had its fair share of ups and downs. With the far sightedness of winemaker René Barbier, who became convinced of the region’s potential and bought his first land there in the early 80s, Priorat's wine industry picked up again. In 2000, there were only some 40 producers; now there are 90. While there are a few big boys around, most are of the younger generation who left the region and are now returning to family tradition. 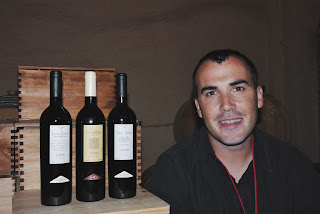 Celler Joan Simós is a 12-year old winery founded by Gerard Batllevell Simó, an interesting character. His family is from Priorat but he ran a clothing business in Barcelona. When he inherited his mother’s house in the village of Porrera he decided that making and selling wine was more fun than selling clothes, so he converted the old house into a cellar and harvested grapes from the family's old vines and made his first 1,000 bottles of Les Eres. It quickly sold out, and the rest is history. He is now making some 20,000 bottles a year under three labels. I kept pushing him why his business sense gave way to his heart, as starting a winery is no small investment — just one French barrel costs about €600-700 and he can’t sell the wine until it's spent at least 15 months in oak — not to mention the fact that he had no winemaking knowledge. The answer? His first wine received 92 points from Wine Spectator and a pat on the shoulder from his customers, and he enjoys a quality of life in the countryside that he could never find in the city.

Marco Abella, a medium sized winery of 23 ha is another story. The Marco family had been planting vines in Priorat since the 15th century. In 2001, David Marco, an engineer, and his wife Olivier Bayés, a lawyer, decided to take the family business to the next level. They built a modern gravity-fed winery and introduced organic viticulture, aiming to produce wines that respected the Priorat terroir. They use only natural yeast fermentation and long maceration. The resulting wines are complex with a sense of place. I particular like their white Òlbia, with just 800 bottles made from old Macabeo and Garnacha Blanca.

Sangenis i Vaqué is another family winery run by father and two young daughters; Les Cousins is a label made by two cousins Adria and Marc; René Barbier, who founded Clos Mogador, has his son as his right-hand man..... With all this passionate young blood pouring into Priorat, I feel certain we will see more exciting things from this region.

Robert Mann, another terroir believer from the New World 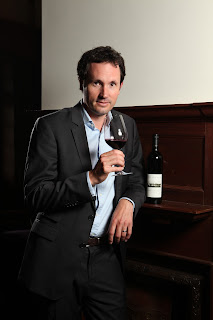 ‘The best thing a winemaker can do to make the wine better is nothing,’ says Robert Mann, the senior winemaker at Cape Mentelle. He learnt this during his six years at Hardy’s when the team tried to make every wine taste like Penfolds Grange and ended up over-extracting, over-oaking — basically over-making the wine. I'm sure a lot of winemakers would like to be in Robert's current position as he is making wine using some of the best grapes from the Margaret River.

Margaret River has been identified by Dr. Gladstones as the best region to make Bordeaux style wine in Australia, as it as it has a similar but more reliable climate and similar but more ancient gravelly soils, allowing vines, especially Cabernet Sauvignon, to show their best. The only thing that separates Robert from the Old World crowd is his use of cultured rather than indigenous yeasts. Cape Mentelle Cabernet Sauvignon is restrained with a floral and fragrant nose not dissimilar to Chateau Margaux. However, I wonder if it would have the same savoury aroma that gives Chateau Margaux that extra complexity if Robert used wild fermentation?