The two most southern wine regions in the Pacific known for their Pinot Noirs but there are much more than just Pinot.

Finally I had a chance to visit these two wine regions back to back, and I’m glad to learn that the regions are more diverse than most of us think.

Central Otago is the most inland wine region in New Zealand with semi-continental climate. Although the six sub-regions, Gibbston, Bannockburn, Cromwell, Bendigo, Wanaka and Alexandra, are relatively close to each other, they are separated by mountain ranges therefore have variations in temperature, rainfall and sunshine hours. Simon, vineyard manager at Domaine Thomson, remarked that the different styles of Pinot Noir across the sub-regions in Central Otago is more to do with climatic differences rather than soil.

Central Otago is big on Pinot Noir, but wineries are also mindful not to be stereotyped into a single-varietal region. While most producers are still largely focus on Pinot Noir, they are making various styles —fruity, accessible, age-worthy, estate blend, sub-regional, single vineyard wine — to make sure they don’t fall into the homogenous trap. I am particularly impressed with Valli Vineyard, the only winery that makes four different sub-regional wines including Gibbston, Bannockburn, Bendigo and the new Waitaki sub-region in North Otago. Gibbston is the coolest region and the wine is softer with finer tannin while the warmer Bannockburn region results in more structured wine with intense fruit. Bendigo is the warmest but the vineyard is the highest at 400m altitude and the vines are the youngest. The wine has similar flavour profile as the Bannockburn’s but a leaner structure with more finesse. Waitaki is maritime with less diurnal temperature difference and the resulting wine has vibrant fruit with a hint of earthiness and fine tannin. According to winemaker Jen Parr, the differences in the wine are from the individual sites with measured winemaking to capture what the site wants to express.

No doubt winemaking technique also contributes to the final wine style. Valli swapped some of the Gibbston fruits with Burn Cottage’s Lowburn site in Cromwell. Burn Cottage Valli Gibbston Pinot Noir shares the same floral notes and similar palate weight with Valli Gibbston’s but with an extra touch of spices and a livelier profile. Both wines have years of life ahead.

Other notable Pinot Noir makers are biodynamic producers Burn Cottage, Domaine Thomson, Felton Road and Rippon; early pioneers Chard Farm and Rockburn (rebranded in 2002), Asia-hand Misha’s Vineyard (check out their website for their Lucky number 8), mighty Mt Difficulty (because they are one of the largest producers in the region and the view from their cellar door is magnificent in a clear day) and husband and wife team Maude Wine. Together, they make nearly 40 Pinot Noirs, each a slightly different shade from the rest. Wooing Tree makes Pinot Noir in all kinds of colour from Blondie (still blanc de noir and the bestseller) to the late harvest Tickled Pink. 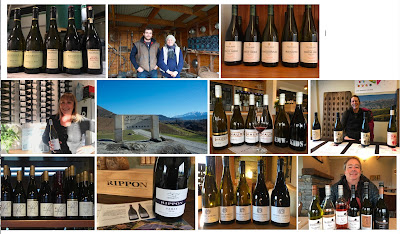 And Central Otago is not only about Pinot Noir. Aromatic whites thrive here and nearly all producers who make white has a Pinot Gris. Valli makes a cool Pinot Gris orange wine called The Real McCoy with 21 days on skin and 12-13 months in neutral barrel. Mount Edward is reputable for the Riesling but also makes Grüner Veltliner and Chenin Blanc. Rippon has Ostenier, a cross between Riesling and Sylvaner; a lovely Mature Vine Riesling and a beautiful Gamay only made in good years. Scott Aliprandi from Rockburn Wines experiments with his own Syrah from one of the highest altitude vineyards close to Queenstown. It is nice to see that winemakers are trying out all possibilities.

Central Otago’s undulating landscapes, rugged mountains, deep gorges and mirrored lakes is a heaven for outdoor sports. Queenstown, the gateway to the region, is lively and bursting with energy. The Winery, a bar-cum-retailer with over 80 NZ wines served in enomatic machines is a good place for comparative tasting. Serious wine lovers may want to spend a few days in Cromwell, the heart of Central Otago for easier wineries visit. Nightlife in Cromwell is pretty much minimal but the nearby Bannockburn Hotel, a regular spot for winemakers, has a serious wine list and serve both NZ and further afield with Coravin.

After a quick research, I ventured to Tasmania, or Tassie as the Aussies call it, visiting 14 wineries in six days starting from the south and making my way to the north via the east coast. I had no idea what to expect but trip was as inspiring as all other wine trips.

Tasmania has four wine growing regions pretty much lie in the eastern half of the island: Tamar Valley, Pipers River, East Coast and Coal River Valley. Unlike Central Otago that has semi-continental climate, Tassie’s wine regions are influenced by their proximity to water (either ocean or rivers). At latitude 41º- 42º S, it is 3º- 4º closer to the equator than Central Otago but without the intense summer temperature. I found Tassie’s Pinot Noir, in general, more delicate, more floral and softer than Central Otago’s with a couple of exceptions such as Freycinet (also outstanding sparkling) and Home Hill Kelly’s Reserve (from Huon Valley west of Hobart). However, this doesn’t mean that Tassie’s Pinot Noir is lesser quality. It’s like comparing Volnay with Chambertin. It all depends on the occasion, the food and the company.

Pinot Noir is up and coming, but Tasmania has already put its mark in the international arena with its sparkling wine made in traditional method with champagne grape varieties. Central Otago can be hot in summer thus pushing the sugar in grapes a little too high for sparkling wine production. In contrast, Tassie does not really have the heat spikes thus allowing grapes to ripen more slowly while still retaining the acidity. In fact, some wineries/labels, all located in Pipers River, are solely making sparkling wines with worldwide acclaim, including Jansz Vineyard, Clover Hill, House of Arras and Pirie, the sparkling wine label developed by Andrew Pirie while he was working at Tamar Ridge, now part of Brown Brothers. 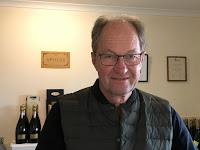 Andrew Pirie is probably the most respected winemaker in Tasmania, if not Australia. He started Ninth Island in the mid 1970s followed by Pipers Brook. After he left the corporate world, he founded Apogee and continued his research on cool climate wine. It was fascinating to hear his view on the correlation between temperature and humidity (or aridity), that two wine regions may be on the same latitude but produce different wine because of humidity. Based on the climatic index, one can thus use vineyard management technique such as trellising to facilitate grape ripening in cool climate. He restricts his vineyard plot to 2 ha only in order to best manage the site without scarifying quality. He makes 10,000 to 20,000 bottles a year of Vintage Brut and Rosé, which are elegant with finesse, and a small quantity of still wine, Alto Pinot Gris and Alto Pinot Noir. I can easily spend the entire day talking to and learning from him. 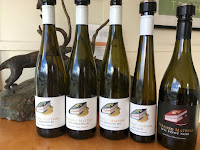 Another stand out winery is Pressing Matters in Coal River Valley in the south, founded by retired barrister Greg Melick, hence the name and the label with a thick law book. Vineyard Manager Matt Connaughton told me that Greg tasted a Pinot Noir from next door’s farm some years ago that impressed him so much that he decided to make his own in similar terroir and eventually Pressing Matters’ plot came into the market. For now, there is only one Pinot Noir but there is a range of Riesling from dry to Auslese style. The wine are conveniently named R0, R9, R69 and R139, indicating the level of residual sugar in the wine. The R0 Riesling is more delicate than the Clare’s dry Riesling and the range is more akin to Mosel’s. Matt is enthusiastic and the discussion with him from soil and climate to sustainability and biodynamic practices made the tasting more memorable.

Like Central Otago, Tassie’s aromatic whites including Sauvignon Blanc, Pinot Gris and Riesling suit the conditions but there is also a fair amount of Chardonnay, probably because it is also used for sparkling wine production. Josef Chromy, Freycinet, Devil’s Corner, Pipers Brook all have well-made Chardonnay with and/or without oak. Domaine A in Coal River Valley is one of the handfuls that produce Cabernet Sauvignon and Merlot because of its exceptionally warm site, and Pooley Wines, also in Coal River Valley, is experimenting with Syrah that I think certainly has potential.

I used Hobart and Launceston as bases to explore the wine areas. It was a bit of a drive but there are nothing much in the small towns/villages closer to the wine growing regions. What compensated is that Tassie is also home to crafted gin and whisky. I had a gin tasting at Society Salamanca followed by a nightcap at The Salamanca Whisky Bar in Hobart. I was at Launceston during the Queen’s Birthday long weekend so most eateries were closed, but was super-happy to have discovered Geronimo, an Italian restaurant with a cool wine list and delicious food. The east coast of Tassie is a nature paradise but may be a bit remote for those who only want to visit wineries. However, don’t be put off by it. Devil’s Corner has a great cellar door where two independent operators serve pizzas and seafood (including oyster) in a casual al-fresco setting with a great view of the vineyards and ocean right behind it. It attracts a lot of people in good weather who just want to relax with friends and family with a good bottle of wine. 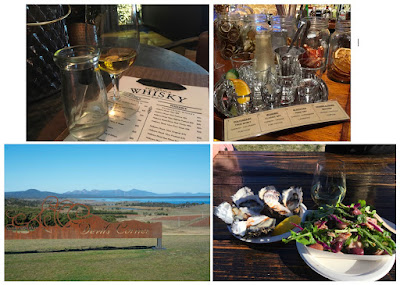 Central Otago and Tasmania share some commonalities but they are also distinctively different. Both are great vocation destinations especially if you like outdoor activities. I did a bit of hiking in both places but hopefully I’ll have chances to revisit again for more adventures and tastings.