Château Mercian, in harmony with nature 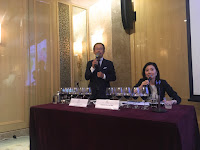 Listening to Kenichi Ohashi MW is always a joy because he is passionate. At the recent Château Mercian masterclass, he gave a quick rundown on the relatively unknown history of the estate that showed its quest for making the best possible wine in Japan.

Dai-Nihon Yamanashi Budoushu-Gaisha (大日本山梨葡萄酒會社) was the forerunner of Château Mercian established more than 140 years ago in 1877. At that time, they had the vision to send two young Japanese to France to learn everything about grapegrowing and winemaking. When they returned, they started producing wine using the native Koshu grapes. The journey was not a smooth sailing but the endurance eventually paid off and the brand Mercian was born in 1949. The company introduced Merlot in 1976 and subsequently planted Chard
onnay in the high altitude cool climate region of Hokushin using vertical shoot positioning training in 1985. Château Mercian took a leap forward by engaging the late Paul Pontallier of Château Margaux as advisor to refine the wine in 1988. 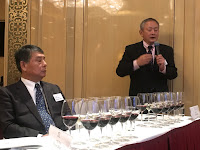 Japanese wine could be either wine made from 100% grapes grown in Japan or bulk wine bottled in Japan. Luckily the law changed in October 2018 and now only the former can be called Japanese wine. One of the reasons for the change is because the quality of Japanese wine is gaining international recognition and it is time to champion the nation’s own produce. Château Mercian, currently the biggest producer with annual production of 500,000 bottles, plans to double the volume in 10 years amid increasing export growth. Hong Kong is one of the key markets which is not surprising judging by our love for Japanese cuisine and culture.

Led by chief winemaker Mitsuhiro Anzo, the estate focuses on Yamanashi (山梨縣) and Nagano (長野縣) Prefectures, together accounts for 88% of wine production. The vineyards in Yamanashi are mostly planted with Koshu and the hybrid Muscat Bailey A, while the drier Nagano vineyards are home for European varieties such as Cabernets, Merlot and Chardonnay. Mercian has two working wineries. A third one located in Nagano, called Mariko Winery, will be in operation later this year.

Château Mercian was in Hong Kong to launch its range of Icon wines. The two Chardonnays from Nagano on the opposite banks of Hokushin river, Hokushin Right Bank Chardonnay Rivalis 2017 and Hokushin Left Bank Chardonnay Rivalis 2017, have totally different expressions. The sandy and iron-rich gravelly right bank results in a powerful yet retrained wine while the clayey left back produces a more mellow and expressive wine. The Mariko Omnis 2015 Bordeaux blend has a fine structure with pleasant floral, herbal,  black fruits characters with a hint of earthiness. 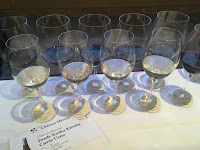 In addition to the icon range, Kenichi and Jeannie Cho Lee MW also showed us the Terroir series. I love both Koshus. The Iwade Koshu Kiiroka Cuvée Ueno 2017 was light and pristine while the Fuefuki Koshu Gris de Gris 2017 with 28 days maceration and 2% new oak is more textural. Mariko Syrah 2015 is a typical cool climate Syrah that reminded me of Gimblett Gravels.

Last but not least is the Muscat Bailey A 2015. This hybrid grape variety has a foxy character that I have to say, at best, is acquired taste. Anzo-san tamed it by maturing it in American oak for 24 months. The wine expresses fine raspberry notes with fresh acidity and mild tannin, a far cry from the Muscat Bailey A that I tend to stay away. 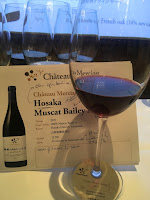 While I agree with Château Mercian that its winemaking style is ‘finesse and elegance’, I think ‘Zen’ maybe more appropriate. The wines are subtle yet expressive, poised but not plush. They are the reflection of Japanese harmonious relationship with nature.