‘Wow, what a place!’ That was my first thought as I walked into the reception area of Cantine Ferrari. The displays are lavish without being tacky, loud but with style. Only the Italians can achieve this fine balance.

With so many photographs of celebrities on display, one can’t help but wonder if the winery is related to the sports car Ferrari, and the answer is no. Apparently, Ferrari is the third most popular surname in Italy, after Rossi and Russo.

Based in Trentino in northeast Italy, Cantine Ferrari is the biggest private estate in the region, now run by the third generation, the Lunelli cousins. It all began with Giulio Ferrari, an enthusiastic winemaker who had studied in Adige (Italy), Montpellier (France) and Geisenheim (Germany) and finally Epernay in Champagne (France) before returning to Trentino, a similar terroir to Champagne, in 1902 to produce his first bottles of Ferrari sparkling wine using classic champagne grapes and the metodo classico. Production was limited but the wine had a loyal base of customers. In 1952 Ferrari sold the business to Bruno Lunelli, who together with his three sons increased the production and took the Ferrari brand to new heights and international fame.

The family motto is ‘Wine is the poetry of its land’. This sums up pretty much their quest for excellence with no compromise on quality. Ferrari owns 120 hectares of vineyard and also sources grapes from some 500 families, each with less than 1 ha, in the region. Over 90% of the grapes are Chardonnay with the rest Pinot Noir. Around 5 million bottles are produced each year. I asked Marcello, the cousin in charge of production, to compare Ferrari with Franciacorta sparkling wine from Lombardy, and he said there are no hills in Franciacorta whereas in Trentino vineyards are grown in a cooler environment at altitudes between 300 and 700 m.

There are five quality levels, ranging from the non-vintage entry level with at least 24 months maturation on lees to Giullo Ferrari, the star of the estate with at least 10 years of yeast autolysis. The Perlé line, vintage sparkling, is aged a for minimum of six years on lees, and the bottles are riddled by hand. Marcello said there are on average over 20 millions bottles maturing in the cellar!

Believing wine, especially bubbly, is for celebration, Ferrari is keen to reinforce its brand image as a symbol of the Italian art of living by associating itself with successes and emotions in the worlds of art, entertainment, sport, culture and even politics, and by involving celebrities and well-known personalities as ambassadors. The photographs displayed in the reception include many familiar faces from Andy Warhol and Woody Allen to Niki Lauda and Margaret Thatcher. The family also owns the renowned Villa Margon, a 16th century complex that used to be home to cardinals and prelates and is now used as Ferrari’s hospitality centre, housing an impressive art collection.

Don’t think this is all empty talk. At the 40th Vinitaly, Cantine Ferrari was named the producer of the ‘Legendary Sparkling Wine of the 40th Anniversary’, and its top wine, Giulio Ferrari, is the sparkling wine that has won Gambero Rosso’s ‘Three Glasses’ award most times. We tried seven of the wines after touring the cellar and were not disappointed!

The Ferrari collection is:

Ferrari used to be available at Domani, the Italian restaurant, but sadly the latter closed down at the end of May. If you are interested, try Liquid Assets.
Posted by Tersina Shieh at 09:36 0 comments 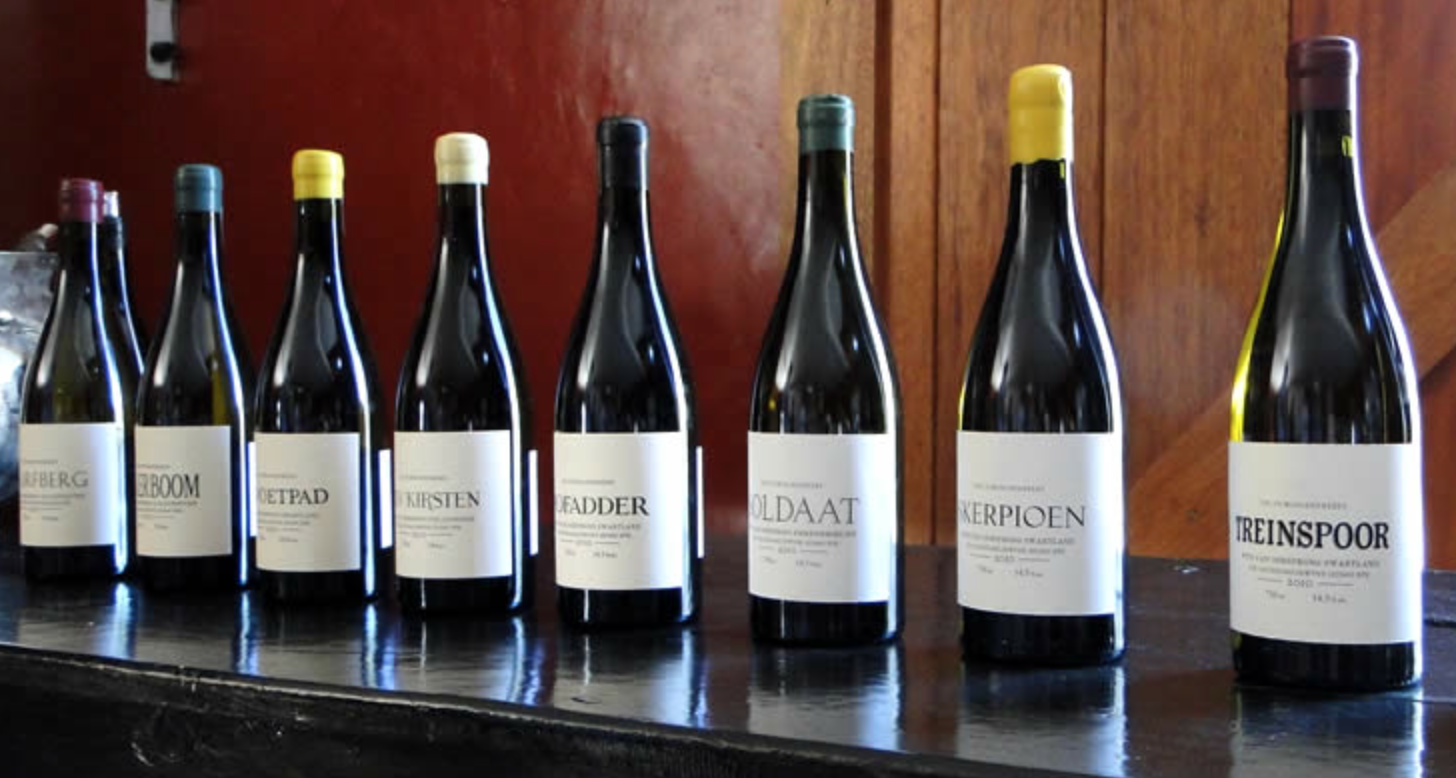 Anyway, I’m stocking up now. If you want to do the same, Eben’s Ouwingerdreeks Range from The Sadie Family is available from Berry Bros & Rudd.
Posted by Tersina Shieh at 08:28 0 comments