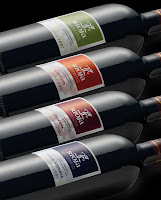 Classic Rioja is aged in American oak to develop the soft and mellow structure with a hint of vanilla. Especially for the reserva and gran reserva, there is the mushroomy, olive bouquet thanks to spending a long time in American oak barrels and in bottle. In the face of competition both from the New World and within Spain (Ribera del Duero, Priorat), some Rioja producers are making more modern style wines with higher fruit concentrations, and ageing them in French wood. The wine is more powerful, more spicy and usually a shade darker.

To find out more about the region's use of barrels, I attended the 1st Grand Tasting of Rioja Wines where some 60 Rioja producers showcased their wines. It was very interesting talking to the producers. The traditional camp insisted that they will never use French barrels because Tempranillo, the major variety in Rioja, expresses itself most fully in American oak, and the wine would lose its flagship identify—sweet red fruits, gentle and easily appreciated characters—in French barrels. One producer even has its own cooperage to import American oak and make its own barrels. In the other camp, however, producers claimed it is about the evolution of Rioja over time. One critic even went further, saying it has historically been mostly a matter of cost saving, since American barrels cost much less than French.

The truth, I concluded, is that it is all about satisfying consumer preferences. Many of today's consumers, accustomed to New World styles, prefer the deeper-flavoured French oak aged Rioja. Sensing the division, some producers offer two lines: one using American oak and the other French. Some even age a single wine in both oaks (either blending them together after ageing or first ageing in French oak and then American, or vice versa). One whom I talked to was from the traditional camp but is nevertheless adjusting his style: he makes a modern style Rioja still using American oak but with alterations to winemaking techniques such as maceration time and fermentation temperature.

So how do you know which style the wine is? The back label will distinguish joven, crianza and reserva but may or may not indicate French or American oak. So look at the overall packaging. American oaked Rioja tends to have traditional labels and packaging such as the gold netting, while the French oaked styles will usually sport a more modern front label.

For me, I found some of the modern styles too ambitious with the French oak; I prefer the more subtle and elegant classic style. But this is a personal choice and can also depend on the occasion. Find out for yourself which you prefer. As always, in the end you can only find out by tasting.

These are the wines I tried: 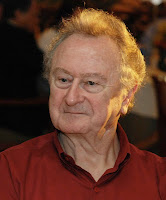 It was sad to have received an email on 7th April from the Hong Kong Wine Society, not about wine tasting but the passing away of Barry Burton, the Chairman and a friend.

There are too many superficial people around but Barry was genuine. He had a larger than life character, always cheery, actually listened to people and showed interest in the discussion. He was never pretentious, even with his standing. Unlike many who take things for granted, Barry said thank you.

I only knew him for about two years. I am fortunate to have known him, even for such a short time, and have tasted together on a dozen occasions. Some people may be replaceable, but not Barry.