I was inspired to write this after talking to the participants at 'Test Your Palate', an open bottle tasting event for the general public held alongside the Hong Kong International Wine and Spirit Competition. I hope it will help people grasp the few essential points of tasting.

Broadly speaking, aromatic white wines have added aromas such as delicate floral (Riesling), grassy and passionfruit (Sauvignon Blanc) or the heavier rose and ginger (Gewurztraminer). Red wine aged in barrels may acquire spiciness (French barrels) or the sweeter scent of vanilla/coconut (American barrels). Earthy and mushroomy notes are likely to be found in aged red wines.

Minerality is a controversial descriptor. Some experts say it’s a reflection of terroir and can only be found in cooler climate (Chablis) while some dismiss it as total nonsense. I was confused by ‘wet stones’ until I realised it referred to the smell of the sea. My own interpretation of minerality is a mixture of savouriness and acidity on the palate; nothing to do with wet stones!

The Hong Kong International Wine and Spirit Competition, the biggest in Asia, ran for three days in October. One novelty was that each evening, after the official judges had finished their work for the day, the venue opened its doors to wine lovers from the general public. Over the three evenings participants had the chance to taste over 1,600 wines, from the most major to the most obscure grape varieties, and from the most popular to the least known regions. This new event, called 'Test your Palate', was the first of its kind in Asia. The idea was to give the public a chance to try their hand as wine judges, tasting exactly as real judges do in the same setting and giving an opportunity not normally available to the average wine drinker to do in-depth side-by-side comparisons of many many wines for a very reasonable entry fee. Apart from being great fun, there was also the educational side: the official judges were present and participants were free to ask them any questions they had, from viticulture to wine quality.

Being one of the organisers of the event, and one of the judges of the Competition, I stayed for all three evenings and found it enjoyable talking to participants, most of whom were wine students or serious wine lovers. We discussed everything in the wine world from indigenous grapes in Georgia to Australian wine marketing strategies. However, the most common topic was tasting: how can one identify the different aromas; how to detect this and that; how can one smell more things…? 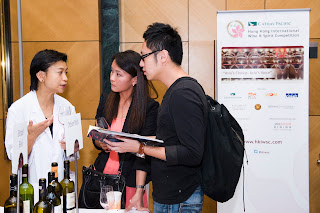 I think people make it too hard, focusing on trying to taste what the 'expert' tastes rather than on what they themselves taste. Some wine experts like to flood their tasting notes with all kinds of descriptors (blackberry, blueberry, blackcurrant, black cherry, black plum), while some may dismiss a non-faulty wine purely on its smell ("too tannic"). But what I tried to explain to participants was that different people (not only experts) have different vocabularies based on their own experience. While one might name 20 different aromas just by sniffing, they can probably all be grouped into seven categories: fruity (from green apple to black fruit), floral, herbaceous/vegetative, spicy, caramelised, smoky and microbial). Tannins, acidity and sugar can only be tasted (not smelled) and they are essential for wine ageing. So don’t be intimidated by all the flowery tasting notes. Develop your own vocabulary and association of aromas. Once you've built confidence in using your own system you'll enjoy your tasting so much more. Don’t let other people dictate what you should drink or like. It is your palate, trust it. 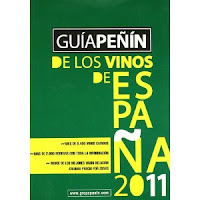 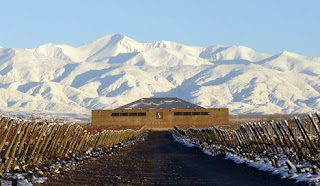