Blind tasting with a twist


Prior to Le Grand Day of Indulgence, we had a fantastic blind tasting dinner at Crown Wine Cellars with Michel Bettane, Thierry Desseauve (two highly respected French wine critics) and Pierre Lurton, director of Chateau Cheval Blanc and d’Yquem. Every guest brought a bottle or two from their own collection and these were split into flights, each of which might or might not contain one or more bottle of Cheval Blanc. The challenge for the Frenchmen and the guests was to decide if there was any Cheval Blanc in each flight and, if so, how many bottles and what vintage. It was the most entertaining blind tasting game I have ever played. 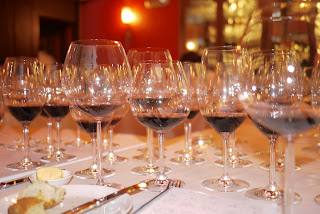 Flight 1: The experts correctly picked one Cheval Blanc but the wrong vintage (1970 instead of 1971), and there was indeed a Cheval Blanc 1970 in the flight that they didn’t pick. The other two were Leoville-Las-Cases 1970 and Latour 1970. Pierre was quite shocked that he couldn’t pick the 1970!

Flight 4: Cheval Blanc 1996, Gaja Barbaresco 1998, Cheval Blanc 2001 and Angelus 2003 magnum. Again only one of the two Cheval Blancs was correctly identified. Michel cheekily said he preferred the last wine (the Angelus) without asserting that it was a Cheval Blanc.

All wines were of superb quality and I found it really difficult to pick the Cheval Blanc, and impossible to identify the rest. We had to rely on the subtle differences of style, tannin texture, and American/French oak characters. Nevertheless, it was inspiring and we can all use this as a reference for designing our own blind tasting games. How about an international Cabernet line up and pick the Margaret River, or everyone brings a bottle and each has to pick his own? Or, even more creative, pick the odd one out?

I hopped on a Guangzhou bound train for a cool climate wine tasting last week, part of a three-city (Beijing, Shanghai, Guangzhou) tasting tour organised by the Austrian and German embassies to celebrate the launch of the ‘Cool Climate Wine’ book written by Susie Wu and Michael Thurner. Some 63 wineries from Austria, Germany, Alsace and one from Tokaji were invited to present their wines.

China is supposedly a red wine-loving nation, so, apart from just tasting, I wanted to see how mainland Chinese drinkers responded to these mostly white wines from cool climates. The results were interesting.

I started with whites, tasting the Austrian Grüner Veltliner in the company of a local importer. After two glasses, he was already looking for reds and strayed away.

Only about an hour into the tasting the place got noisier, and merrier, and more alcohol was consumed—no one was spitting apart from me. Broadly speaking, there were two types of conversation among guests: price—how much for a container?—and status—how important the guest was (it seemed most were the biggest importer somewhere). Among the producers several carried the bemused look of someone in China for the first time. I asked a few what they thought. All said they were impressed. Perhaps they still had the illusion that ‘if every Chinese person spends one dollar on my product...’.

An interview with James Halliday 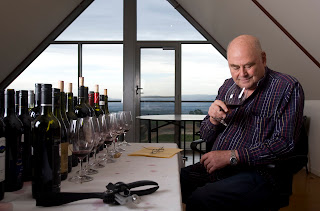 A graceful gentleman, James Halliday was in town recently with an entourage of seven equally outstanding winemakers to promote the 2012 edition of his Australian Wine Companion. The book, 4.5cm thick with over 700 pages and some 3,400 tasting notes, represents only half of what James has tasted during the year. The rest can be found on his website.

James is a prolific taster. He has written over 69,000 tasting notes, spanning some 10 years of tasting—6,900 per year or nearly 600 a month! No wonder he is proud of his iPhone app. The book can only hold 3,400 tasting notes, otherwise it would become impractical to publish and carry around, but with the iPhone app one can carry his entire collection on the move in the nifty device. I admire James not only because he embraces technology but also because, until recently, he wrote all the notes himself. Unlike most wine critics who have a team of reviewers behind them, James tasted and wrote his notes single-handed until three years ago when he engaged a part time reviewer as part of his succession plan. After all, this gentleman is over 70 years old.

While he thinks it is important for Australia's wine industry to defend its UK and US markets, James is truly ‘gung ho’ about China. Although China does not have an established wine culture, its people, especially the young, are learning fast. He reckons China will be the biggest market for all New World wines in less than a generation. So it was no surprise that his entourage’s next stop after Hong Kong was China, fully supported by Wine Australia.

I believe the only way for Australian wines to secure market share in China (and indeed Asia) is to shake off once and for all the ‘cheap and cheerful’ image that still dogs it. Take Hong Kong for example: Australian wine has long been the wine of choice for novice drinkers who do not want to spend too much on a bottle, but as these consumers become more confident many tend to trade up to Old World or even New Zealand wines, leaving the Aussies behind.

Encouragingly, there are more and more quality conscious Australian producers who recognise this. Instead of churning out factory-produced oaked Chardonnay and big fruity Shiraz, they are releasing hand-crafted, small production, terroir-driven wines with individual style. Some of them were showcased at Mr Halliday’s media lunch and the masterclass that followed. Here are my favourites (Available from Maxxium):

By Farr Geelong Chardonnay 2009: creamy, mouth-filling but not fat, with multi-layered flavours.

Long may this trend continue, because if it does the future for Australian wine in Asia should be bright. 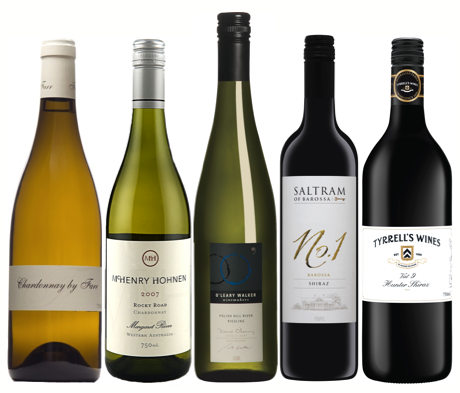