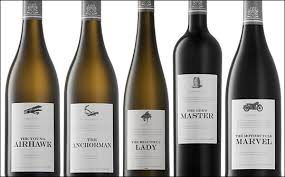 But while waiting for the Heritage Heroes line to land in Hong Kong, try Nederburg’s Ingenuity in the meantime, a truly innovative range that allows winemakers to create new blends. Its white is a blend of eight varieties while its Italian blend is a of Sangiovese, Barbera and Nebbiolo. Ingenuity is available from Watson’s Wine.
Posted by Tersina Shieh at 11:38